Equal Pay Day marks how far into the year women have to work to get paid what men were the previous year. According to the United States Census Bureau, in 2018, women earned 81.6 cents to every dollar earned by men. This was already an issue, but COVID-19 has become a threat to the progress on closing the gender pay gap, especially since mothers choose their jobs based on their children and child-care availability over career goals or finances. According to an article by the New York Times, if women were given minimum wage for their housework, which includes child-care, they’d have made 1.5 trillion dollars last year. When women lose their jobs, it may be more impactful than on men because they were already sacrificing job situations for their children, and because children are at home during coronavirus, they have no choice but to take time off. America’s pattern of women taking most of the share of care is to blame for this as well. According to the same article, time spent by women each day doing unpaid labor is an average of 4 for every 2.5 hours men spend. Furthermore, sectors of the workforce that are vastly female, such as hospitality and travel, have been hurt largely by COVID-19. 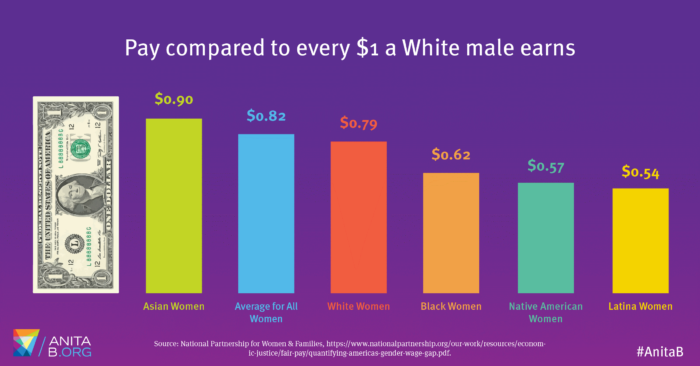 American women also hold 2/3rds of all student debt, and now that debt is weighing heavier than ever considering the job loss. Women hold most of this debt because they earn 27 percent less than males upon leaving their education, so it takes longer to pay off student loans, which in turn also keep their interest high. According to CNBC, after three years, women pay off less than a third of their debt while men are able to pay off around 40 percent.

In addition to this, The New York Times states that domestic abuse has risen worldwide, as domestic violence may go up when families are spending more time together such as on holidays, or the pandemic which is keeping people inside and on lock-down with their abusers and nowhere to go. What may seem like solutions to these problems are delayed as well, so people seeking help and filing for divorce are put on hold until a safer time (pandemically-speaking). According to the New York Times, one woman who filed for divorce had a proceeding postponed until April; this was after the police only documented an attack made on her with no further action to help.

Although this time has made it hard for many, especially women, there is hope that women’s importance can take the spotlight after this pandemic given that many of the jobs named essential are taken by women. The New York Times presents in a graph that women make up 52% of all essential workers. Women make up 78% of social workers, 77% of healthcare, and 53% of critical retail. We cannot take these things for granted. This is a truly clarifying time that is revealing how jobs we often don’t give enough appreciation for, deserve just as much praise, if not more in considering their service for others.

There seems to be a lot of negative themes for women in regard to COVID-19, however it is also an opportunity for at-home-working spouses to witness the other’s work and may bring about some learning and sharing on both ends. Many are unemployed, and many are working at home, so although it is a scary time with little freedom, it is also a potential bonding time for families to understand the work everyone puts in, in a variety of ways. Maybe this time will bring about progress in some forms.